2004 – The conference takes place on two consecutive days in the large halls of the specialized convention center Inter Expo Center in Sofia. For the first time within the forum BSDcon takes place – it is a conference for the fans of the *BSD operating systems. This year OpenFest is attended by more than 1,000 registered visitors. All presentations are streaming live online with video and sound.

2006 – The lectures on OpenFest are already separated in three parallel streams: OpenTech technologies, OpenBiz for the business aspects of free software and OpenArt dedicated to free art. The participation of foreign lecturers is increased. The key foreign guest presenter of the festival is Brandon Robinson, leader of the Debian Project 2005 and one of the developers with the largest contribution to the development of the distribution.

2007 – The festival celebrates its fifth anniversary with 5 international guest speakers with representatives of Electronic Frontier Foundation Europe and Free Software Foundation Europe among them. The unique photographic project Simple Studio makes its debut at OpenFest – its aim is to give novice photographers and artists free access to professional equipment and a skilled team. Besides the already established as a tradition BSDcon, examinations for certification to the Linux Professional Institute are also held in the halls of the Military Club in Sofia.

2008 – The PrivacyCamp session caused a furor at the sixth edition of OpenFest. The talk about privacy on the Internet combines a visually attractive presentation and a heated discussion on global network security, monitoring of personal communications online and the scope of human rights. During the technical sessions of the conference, accents are placed on Samba4, highly sustainable Heartbeat2-based systems, and virtualization with Red Hat Enterprise Linux.

2009 – The seventh edition of OpenFest presents two parallel panels with hot presentations and philosophical topics for programmers as “The Happy Programmer 2.0” and “Software Craftsmanship”. The business concepts for making money from open source are being discussed, some talks about Rails and Flex, a separate BSD flow and several Mozilla related subjects.

2010 – During its eighth edition OpenFest still keeps its innovative spirit with themes covering NoSQL databases and MongoDB, sharing business thoughts on open source practices in proprietary projects, maintenance and services for them. Interesting is the participation of Microsoft with “Open Microsoft”, followed by an open alternative to Microsoft Exchange, led to the introduction of Linux in the public administration.

2011 – The program of the ninth OpenFest is very substantial with sessions taking place simultaneously in two rooms. But this is not enough: a BSD certification exam, LPI exams, a crimping competition, some interactive jokes for sysadmins and an inspirational lightning talks session are also included. The conference features as well as a detailed examination of JavaScript, CoffeeScript and NodeJS, along with Backbone.js. Experience is shared and discussions are held in a lecture covering the topic of business with open source products – it is just in time for the growing interest in Arduino. Free hardware and homemade supercomputer are also considered.

2012-2018 – With each passing year the conference grows. It has reached the status of the biggest open source event on the Balkans, held in Sofia Tech Park, with an average of 3000 visitors per year. 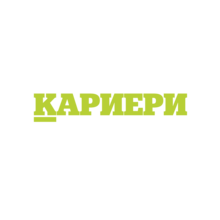